AngularJS 2.0 Released and Other JavaScript News

There’s a party at Google’s headquarters right now, as the company’s developers have finally managed to push out the stable version of the AngularJS 2.0 JavaScript framework.

The framework that revolutionized web development after it came out in October 2010 has been rewritten from scratch using Microsoft’s TypeScript language and features enhanced performance and a smaller footprint.

The cost for all improvements is a lot of broken code. Angular 2.x is not backward compatible with Angular 1.x applications, and even if Google has tried to make the migration process less painful, developers are expected to rewrite a large chunk of their JavaScript code when upgrading to the new version.

In other JavaScript news…

The Node.js Foundation said today that over 5 million users are using its product and that its total userbase has doubled since last year.

If you’re looking for more statistics on how people use Node.js, RisingStack has published the results of a very in-depth survey.

Polymer, the JavaScript library developed by Google for working with the W3C Web Components specification, has released its first 2.0 Preview build, which features support for the v1 Shadow DOM and v1 Custom Elements APIs.

Not necessarily JavaScript news, but Google announced yesterday full support for CSS3 Media Queries in Gmail, meaning that Gmail will feature a native responsive design no matter on what screen you view it.

Mozilla engineers have launched debugger.html, a modern JavaScript debugger built as a web application with React and Redux. 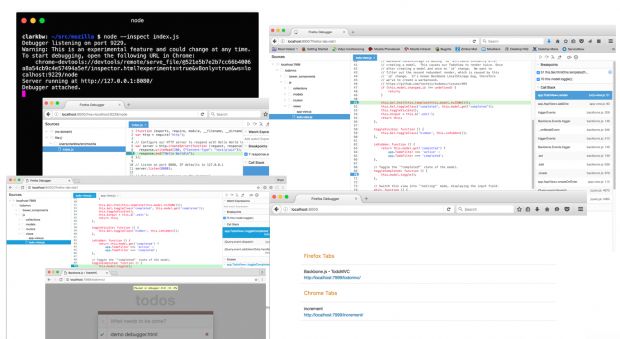