List of Best AR apps for Android and iOS in 2021

Let’s have fun with the best AR apps. How many times have you checked different apps since you wake up? Well, I suppose multiple times. I thought to count the number of times I check different apps for a whole day. And I couldn’t believe it is nearly 80 times. Well, then I thought only I do so, or do some of you are in the same group as me. A figure says “the average user actually checks their phone around 110 times a day, while some unlock their device up to 900 times over the course of the day, which in reality is around 18 hours”.  When we unlock the screen, most of the time is spent on apps.

Applications are currently ruling the world. We are living an app-driven lifestyle. From personal to professional needs throughout the day, we depend on apps. The increasing usage of the internet has raised the bar of developing an app. People are more inclined towards app equipped with Advanced technology. In, this article we will see the Best AR apps for Android and Ios. If you are new to the AR world, you can check the basic details here.

Here, is the list of best AR apps for Android and iOS (in no particular order). 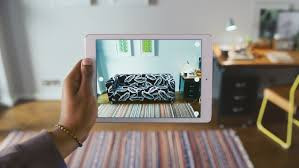 IKEA place is one of the best AR apps available for Android as well as iOS. IKEA is a furniture company and has launched its AR app in mid-2017. The app allows you to place furniture virtually in your room. You can check whether the size fits at the allocated place or not, whether the color matches with the ambiance or not, and more. The AR technology has dissolved the fences of purchasing. It has completely changed the User experience. IKEA is one of the first apps to include Apple’s ARKit tech. The App allows customers; to view over 2000 products in a 3-D view from different angles.

Do you love getting inked? Have you been procrastinating it, due to time and other constraints? Well, the AR app will help you out in getting inked virtually. The app has several tattoo designs from different artists. You can select the position and get a tattoo in real-time with the help of the ink Hunter app. It is one of the best AR apps if you are not sure which tattoo will look good on you, you can preview it via an app on your flesh and then proceed for a final decision.

Augmented Reality became the buzzing word with the launch of Pokemon Go and then Snapchat. Snapchat was the first few companies to use AR to make interactive filters for its users. Those bunny faces that you see are nothing else but the tech magic of AR.  Snapchat uses Lens studio to make fine Augmented Reality filters. The company has witnesses whooping growth since then. Lens studio creates, publish, and share realistic features. Snapchat is consistent with improving its AR-powered lens every year. The company says “today more than 170 million people access the app’s augmented reality features on a daily basis. Snap says there have been more than 1 million lenses created”.

YouCam Makeup is a pioneer Virtual beauty app powered by AI and AR. It is one of the best apps as well as the first few apps that allowed users to have a taste of Augmented reality. Users can try and experiment with different make-up looks. YouCam Makeup has partnered with Perfect Corp’s technology to bring this augmented vision into life. Since then YouCam makeup was not limited to just selfies but has expanded into eCommerce and retails. The company has collaborated with more than 200 brands such as Loreal, Cosmopolitan, etc. Here, is one afresh news, Google is all set to introduce its virtual-try-on AR experience. You can know more about it here.

Instagram, one of the largest platforms with over a billion users has integrated augmented reality filters in its application. It has paved multiple ways for companies to promote their brand. You can create your own filters using Spark AR studio or try and have fun with millions of already-available AR filters on Instagram. If you are looking forward to creating your own AR filter or are stuck in mid click here to get an insight. SaprkAR studio allows them to create their own Instagram filters and publish them on Instagram as well as Facebook. Creators can create dynamic and immersive filters with tricks and tools available on the platform.

JigSpace allows you to create and share knowledge. It boosts communication by offering an interactive and immersive experience using spatial computing. You can create your own videos and more using Jig and share them. It is one of the best ar apps for android as well as is best ar apps ios that is used for education to promotional to brand awareness purposes.

Google is effectively and immensely using AR to bring computer-generated graphics to the real-world in real-time. You just have to point your camera at anything and google will help you to get a piece of detailed information. Why just visit and take a selfie with different things when you can know more about them. While just placing the camera at animals, plants, menus, sculptures, monuments, and much more Google Lens will automatically feed you with the detail. Augmented Reality is widely being used in Google maps, Google translators, and so on. 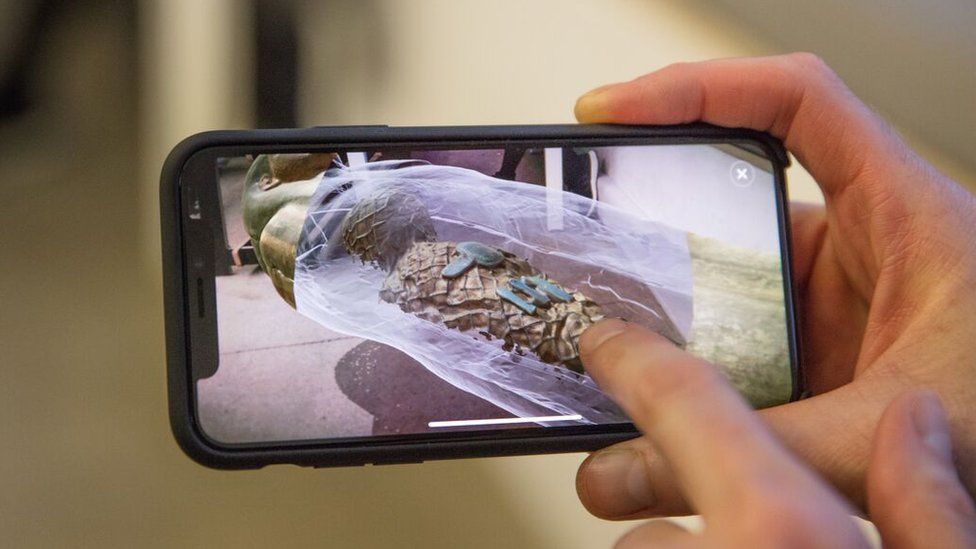 BBC has introduced an augmented reality app that allows viewers to explore historical artefacts. For example, are you interested in exploring the mummy inside a sarcophagus? Cool, BBC Civilisation AR allows you to virtually explore the pace and give a real-like feel.  The app offers the best ar experiences.