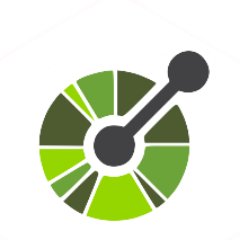 Updates in 3.1.0 include compatibility with the latest draft of JSON Schema, a new top-level element for describing Webhooks, and support for identifying API licenses using SPDX identifier.  In addition, the PathItems object is now optional, which makes it simpler to create reusable component libraries.

“The benefits of using the OpenAPI Specification are broadly applicable, ranging from API lifecycle management, to documentation, to security, to microservices development and much, much more,” said Marsh Gardiner, product manager at Google, and technical steering committee at OpenAPI Initiative. “Great care was taken in evolving to version 3.1.0 to ensure it is an incremental upgrade for existing users, while also making it an excellent candidate for immediate evaluation and adoption in corporate environments. We extend our heartfelt gratitude to the diverse group of contributors for all their exceptional skills and effort on our latest achievement.”

In addition to the release of version 3.1.0, the OpenAPI Initiative also announced it has sponsored the creation of new documentation. It hopes this will make it easier to better understand the structure of the OpenAPI Specification and its benefits.