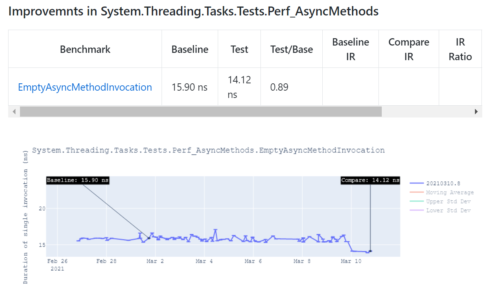 .NET 6 Preview 3 now available. The platform matrix of .NET 6 was significantly expanded as of the new preview with the addition of Android, iOS, Mac and Mac Catalyst for x64 and Apple Silicon and Windows Arm64.

The CollectionsMarshal.GetValueRef API was added to make updating struct values in Dictionaries faster and is intended for high-performance scenarios.

Preview 3 also contains changes that improve code generation in RyuJIT and Interface casting performance has been boosted by 16% – 38%.

“Application security needs have gone beyond just detection to include continuous prioritization and prevention, as demonstrated by recent software supply chain attacks,” said Rami Sass, Co-Founder and CEO of WhiteSource. “This investment brings us closer to creating a future where the cycle of application delivery is always a step ahead of any security risk, and where developers are easily equipped with code they can trust.”

WhiteSource provides its remediation-centric solution to more than 800 companies globally and helps organizations better protect their software applications without affecting the speed of software delivery or performance.

“Canonical Kubernetes is about removing complexity around Kubernetes operations from cloud to edge. We bring certified Kubernetes distributions to allow users to bootstrap their Kubernetes journey, as well as a large tooling ecosystem and automation framework combination, for businesses to reap the K8s benefits and focus on innovation in the growing cloud-native landscape. Our users benefit from the latest features of Kubernetes, as soon as they become available upstream,” said Alex Chalkias, product manager for Kubernetes at Canonical.

Canonical also said that it commits to supporting N-2 releases as well as providing extended security maintenance (ESM) and patching for N-4 releases in the stable release channel.

Gitpod announces new funding
Gitpod announced that it raised $13 million in new funding, as well as new product features and the first DevX Conf, which is focused on improving developer experiences.

“With VS Code in Gitpod developers get the most popular editing experience combined with all the benefits of a fully automated, cloud-based solution,” Gitpod wrote in a post.

Also, with Docker support and sudo privileges, developers can run containers within their workspace.