How to Smash Your Foes in Every Mode of Smash Legends

We’re going to talk you through all of the different modes in Smash Legends and explain how you can dominate in each of them. We’ve even suggested which character you should be taking into each mode, and how you can work together with your team to get the job done.

New players are definitely going to learn a lot about how Smash Legends works in this guide, and more seasoned veterans are likely to find something that makes them rethink their strategies too. So here’s everything you need to know to smash your foes in Smash Legends.

Crown Guard is a game mode that sees your team taking it in turns to hold the crown. When you die, it passes to the next player. The first team to kill three crown bearers is the winner. It requires a decent mix of offense, defense and mobility, so it’s important you work together with your team if you want to succeed.

If you’re focusing on the defensive part, then Kaiser is a great choice. He’s got super high HP that’ll keep him alive for much longer when he’s got the crown, and he can buy other Legends time to escape when they’ve got the crown. It’s also worthwhile remembering not to take the health potion if you’re not the one with the crown.

A three-on-three kill-’em-up that sees two teams battling it out to be the first to ten kills. More often than not it’s the team that works together that’s going to win, so playing with some friends is a good way to make sure you’ve already got a head start. Watch out for the changing arena as well – walls move around and you could end up discharging your ultimate into one instead of at an opposing Legend.

Peter is a great character for Team Deathmatch – he’s fast, and has strong offensive and defensive capabilities. His spinning ultimate attack can easily take down a whole team if you get the timing right as well. 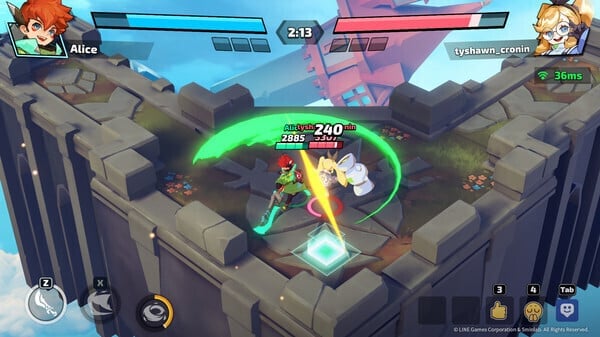 This is a one-on-one scrap to the death, so who you take into battle is partly down to personal preference. It’s a good idea to take your strongest Legend, and a great idea to take the Legend that you’re the most familiar with as well. It’s a good idea to always try to grab the health potion when it spawns, because the more HP you’ve got, the more likely you are to win.

Our personal pick for Duel is Hook. Her ranged abilities mean that she can keep an attacker at bay while charging up her special moves, and her ultimate attack is more than enough to annoy an opponent into submission.

This is going to be familiar to anyone who’s played a battle royale game before. There’s a shrinking arena and chests packed with loot – candies in this case – that makes you more powerful. You’re on your own in the arena, so make sure you scoff some candies early in the game to toughen up.

Red is the perfect pick for this mode because she’s super fast and delivers massive amounts of damage. Use your ultimate to go invisible when you see someone opening a crate or picking up some dropped candies, then surprise them with a massive attack that’s going to leave them on the back foot. 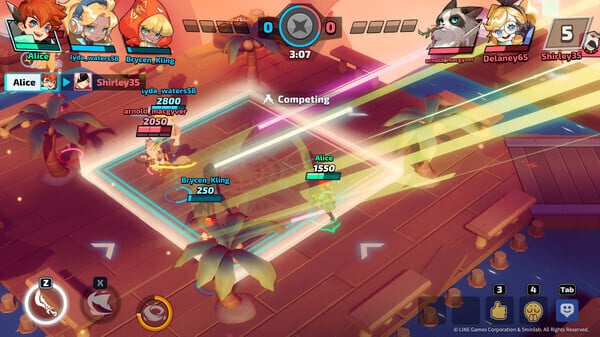 The most important thing to remember in Dominion is that whoever controls the center of the map is going to win. Don’t go chasing kills and abandoning your team and don’t charge in solo just to get yourself killed straight away. Stay together to make sure you’re as strong as possible.

A great character for this mode is Cindy. She’s got a really powerful knock back attack as her second weapon and she can clear out the domination point pretty quickly. Follow it up with your ultimate to kill a team before they really know what’s happening.

In this mode you need to focus on collecting all the fruit. You should only engage the enemy when they’re trying to stop you from doing that – running around trying to kill them is a waste of time. If you’re playing with friends, one of you should focus on harvesting while the others focus on defending them.

Witch Queen is a brilliant Legend for the support role, since she’s got some decent crowd control abilities that can leave the harvester free to work. Enemy getting all up in your face? Well just turn them into a frog with your ultimate attack then.

You can use these tips for yourself by downloading Smash Legends via the App Store, Google Play, and Steam.