Pretty Routes for Laravel is a package to display Laravel routes in the console, but make it pretty:

After some tinkering I’m happy to release my first package for Laravel which some people actually really waited for:
Meethttps://t.co/bUWhiXZKeO

Using this package is simple—install it via composer, and you have access to a new route:pretty Artisan command:

Then you have a similar API to the route:list command to visualize your routes with a beautiful CLI formatting for max readability and helpful information:

Here’s an example of the output from the project’s readme: 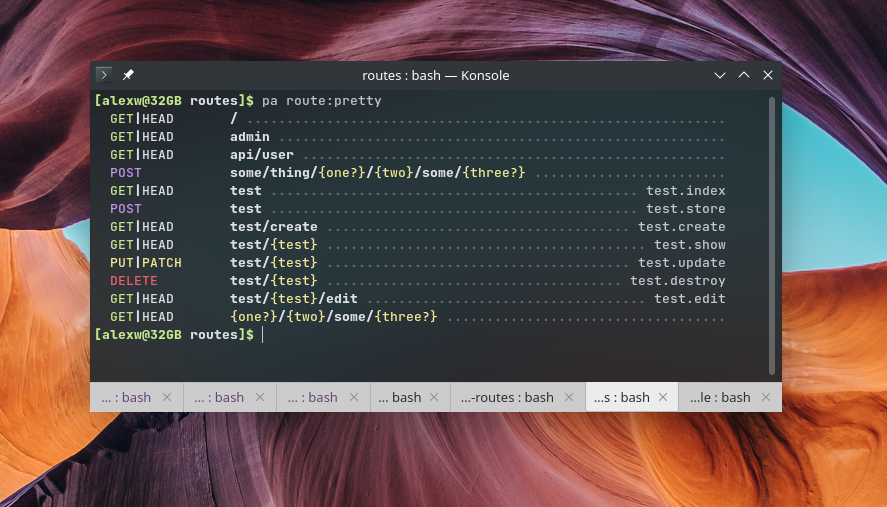 You can learn more about this package, get full installation instructions, and view the source code on GitHub.