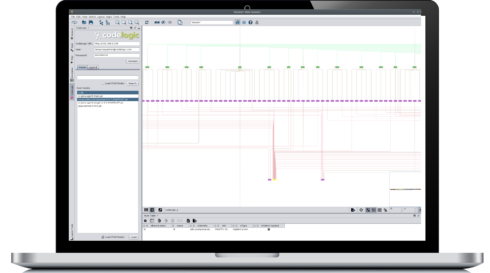 CodeLogic announced a new automated approach that enables developers to quickly generate a centralized, living map of complex system architectures such as ServiceNow, RedHat and Linux.

Developers can then use this to determine how to handle code refactoring and rewrites, and safely explore new features, according to the company.

The new solution enables developers to set custom governance rules down to the method and column and use the impact analysis feature, which predicts failure points before commits are made.

TPG to acquire Boomi from Dell

Francisco Partners and TPG entered into a definitive agreement to acquire Boomi from Dell Technologies for $4 billion, expected to close at the end of 2021.

“Boomi has flourished as part of Dell Technologies, growing exponentially since we acquired them in 2010. This proposed transaction positions Boomi for its next phase of growth and is the right move for both companies, our shared customers and partners,” said Jeff Clarke, the vice chairman and chief operating officer of Dell Technologies.

Clarke added that the sale of Boomi was prompted by Dell’s focus on its core infrastructure and PC businesses and to expand to hybrid and private cloud, edge, telecom and APEX.

Okta completed its acquisition of Auth0, an identity platform for application teams for a stock transaction valued at approximately $6.5 billion.

Under the agreement, Auth0 will operate as an independent business unit within Okta.

“Okta and Auth0 have always shared a vision for the identity market. We’re also both cloud-first, customer-first companies. By joining forces, we’ll give our customers more choice and flexibility, driving tremendous value and enabling them to accelerate innovation,” said Todd McKinnon, the CEO and co-founder of Okta.

Obviously AI announced that it is building in its launch in 2020 and moving out of beta with a total funding of $3.6 million.

After users connect Obviously AI to their databases, they can then pick the value that they’re looking to predict and the no-code tool will automatically build an AI model to predict those outcomes in less than one minute, according to the company.

“We believe that making machine learning effortless represents our greatest opportunity to empower the lives of everyday business users,” said Nirman Dave, the co-founder and CEO of Obviously AI.

Last week, the Apache Software Foundation saw the release of Apache Druid 0.21.0, which added a Kubernetes extension that supports service discovery and leader election based on Kubernetes along with around 120 new other features, big fixes and more.

The new OFBiz version comes with bug fixes for an RCE vulnerability due to Java serialization using RMI and one that causes unsafe deserialization. Apache Maven also contained an issue that blocked repositories using http by default.

Additional details on all of the new releases from Apache are available here.