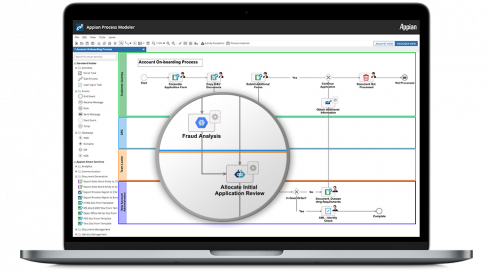 Appian announced that the latest version of the Appian Low-code Automation Platform will be generally available in June.

Applitools integrates with Rally for fast and automated bug management

The automation platform Applitools announced that it now integrates with the APM platform Rally.

“It has always been a priority of Applitools to ensure we integrate seamlessly with our customers’ existing tools and processes,” said Moshe Milman, the COO of Applitools. “Integrating with Rally was a natural next step. We understand how important it is for our customers to be able to document and track all information about their application lifecycle in one place so that they can assign appropriate handoffs and close the feedback loop efficiently.”

With the new integration, customers can now gain full insight into their entire application development lifecycle from UX design and development to executing automated tests, analyzing test results and reporting and fixing defects.

Developers can develop Android, desktop and web applications using Jetpack Compose on their UI framework all within the same project.

The technology preview includes two types of APIs including a DOM API and a web implementation of the widgets from Jetpack Compose for Desktop and Android.

Applause announced the availability of its new SaaS product, Applause Codeless Automation (ACA), which enables brands to quickly scale their test automation strategies regardless of experience level or programming expertise.

“ACA can take the pressure off of internal experts, particularly for less complex scenarios like smoke testing and portions of a regression testing suite. This ultimately allows teams to focus on higher-priority projects and mature test automation faster without the cost of additional resources,” said Rob Mason, the CTO of Applause.

Additional details on the platform are available here.

Rust 1.52.0 works around a bug in incremental compilation and recommends that all Rust users update to the new version.

The bugs this verification detected is present in all Rust versions and can trigger miscompilations in incremental builds, so downgrading to a prior stable version is not a fix, according to the developers behind the language.

Additional details about the new version are available here.

Cycode, which provides innovations that secure DevOps pipelines, announced a $20 million series A round, which brings the company’s total investment to $25 million.

According to the company, Cycode protects DevOps tools such as source control management systems, build systems, registries and cloud infrastructure by addressing multiple layers of security.

“What I’m really excited about is expanding Cycode’s platform with even more integrations into CI/CD and security tools to increase the power of our knowledge graph. Furthermore, we’re releasing a low-code query engine and a knowledge-sharing community that will enable security teams without development expertise to leverage the full power of the graph,” said Lior Levy, the CEO and co-founder of Cycode.