Angular 12 has been released and the developers say this version moves close to achieving “Ivy Everywhere”. Ivy is the code name for Angular’s next-generation compilation and rendering pipeline.


Angular is an open source TypeScript-based web application framework that can be used for building JavaScript apps and dynamic web pages. Following work on its development by Google, it has gained widespread support. 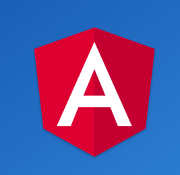 The massive effort of moving to Ivy continues in this release. To understand the importance of Ivy, the background is that in Angular, when you write a component in TypeScript and its template in HTML, Angular compiles this into JavaScript. This internal compiler and runtime, the View Engine, is being completely rewritten, and that’s what Ivy is. In Angular 12, the old View Engine is being deprecated.

The developers say that now that View Engine is deprecated, it will be removed in a future major release.Current libraries using View Engine will still work with Ivy apps (no work is required by developers), but library authors should start planning to transition to Ivy.

The more noticeable improvements for Angular users start with a migration to the new message id format introduced in Angular 11. Until now Angular has supported multiple legacy message id formats, and some of these can cause problems because of whitespace and the formatting templates and ICU expressions. The new canonical message id format is much more resilient and the developers say is more intuitive. The new format reduces unnecessary translation invalidation and retranslation.

Support has been added for the nullish coalescing operator (??) that has been supported in TypeScript classes for some time. You can now use it within Angular to simplify complex conditionals.

The new release also supports inline Sass in the styles field of the @Component decorator. Previously, the Sass (Syntactically awesome style sheets) extension of CSS was only available in external resources due to the Angular compiler.

What Are Micro-apps and Why Businesses Need Them? Rankings Collapsed After Buying Google Ads?