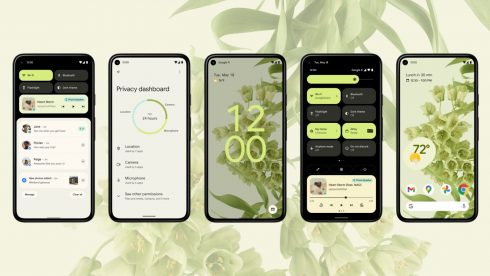 Google is dedicated to providing a more modern Android development experience with new improvements, major updates, and new releases announced across the platform at this year’s Google I/O conference. This is the first virtual Google I/O event the company is hosting since the pandemic started last year.

According to Karen Ng, product lead for Android developer tools, the announcements focus on how to help developers build higher quality apps faster and easier.

“We want to help you build higher quality apps faster, and we want that to scale across the entire ecosystem, not for like a small set, but we’re really thinking about the tools and APIs that help you do that,” said Ng.

Jetpack Compose 1.0 to be released this summer

The company revealed version 1.0 of its modern toolkit for building native UI is expected in July. The toolkit is built with Kotlin, and designed to make it easier to build native apps across the Android platform. The company first announced plans for Jetpack Compose at its Google I/O event two years ago. The release is expected to incorporate the update of Material You with new Material components and support for large screens.

According to the company, more than 1.2 million applications in the Google Play store now use the programming language Kotlin. Ng explained the company is continuing to push the boundaries of Kotlin with a new native annotation processing solution. Kotlin Symbol Processing is an API for parsing Kotlin code and improving speed.

New features include the alpha version of Jetpack Macrobenchmark, which captures large interactions that impact application startup and enables developers to improve app performance; and the beta of DataStore, a new Kotlin coroutines API for persistent data.

The company said it is making milestones with its wearable Android development with a new unified platform built with Saumsung; a new consumer experience; and new health and fitness services from Fitbit coming to the platform.

According to Ng, since we are moving into a world where people are using more and more devices such as phones, watches, tablets and laptops, the company is thinking in terms of how those devices can connect together and display data. Google announced new APIs and tools to optimize viewing experience, resize content automatically, and enable new navigation components.

“Everyone wants their application to be good quality and they want to be able to do that from the Android platform easily and not deal with all the specific challenges,” said Ng. “If you take a look at some of the things that we’re releasing, they are going to be around app performance so how do I have my app be super performant across things. We are looking at addressing those pain points as well, but that’s the promise…help you focus on what your app does well and where your magic is.”