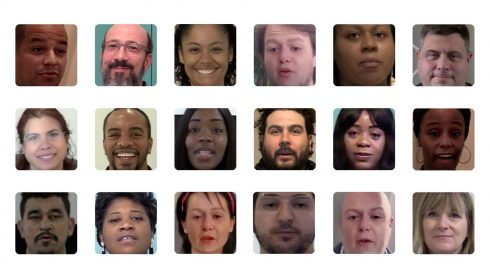 Facebook announced a new method of detecting and attributing deepfakes that relies on reverse-engineering from a single AI-generated image to the generative model used to produce it. The technology was developed in tandem with Michigan State University (MSU).

The company used reverse engineering to approach the problem of deepfakes by uncovering unique patterns behind an AI model that is used to generate a single deepfake image. This new method is necessary to solve the problem of proliferating deepfakes, according to Facebook.

“It’s important to go beyond close-set image attribution because a deepfake can be created using a generative model that is not seen in training,” Facebook wrote in a blog post. “The problem of proliferating deepfakes requires taking the discussion one step further, and working to understand how to extend image attribution beyond the limited set of models present in training.”

This way of detecting which deepfakes were generated from the same AI model can uncover instances of coordinated disinformation or malicious attacks that were launched using deepfakes.

Once image attribution is generalized to open-set recognition, researchers can infer more information about the generative model used to create a deepfake that goes beyond recognizing that it has not been seen before. By tracing similarities among patterns of a collection of deepfakes, one can also tell whether a series of images originated from a single source.

This is necessary now since deep learning has made the set of tools that can be used to generate images limitless and makes it impossible for researchers to identify specific signals or fingerprint properties by handcrafted features.

“Our research pushes the boundaries of understanding in deepfake detection, introducing the concept of model parsing that is more suited to real-world deployment. This work will give researchers and practitioners tools to better investigate incidents of coordinated disinformation using deepfakes, as well as open up new directions for future research,” Facebook added.