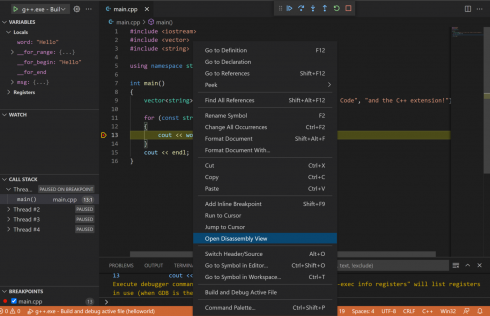 Disassembly View allows users to debug assembly code corresponding to the instructions created by their compiler and will be included in the 1.59 release of Visual Studio Code in August.

With the July 2021 update of the C++ extension, users can debug projects on Windows ARM64, completing the end-to-end Surface Pro X C++ development experience in VS Code.

The Cumulative Update Preview is available via Windows Update and Microsoft Update Catalog.

Nintex announced the latest enhancements to Nintex K2 Five that include a new Style Profile with a visual design experience for creating customized themes and styles, built-in error resolution, and automated deployments.

“Since Nintex acquired K2 in October 2020, our teams have been hard at work to ensure we continue to provide our global Nintex community with technology innovations that take a modern approach to process automation and application development,” said Neal Gottsacker, the chief product officer at Ninex. “Our latest features within Nintex K2 Five further empower IT teams and app developers to rapidly and easily build mission-critical solutions.”

Three of the most notable benefits of the new version include the ability to process apps that are built and deployed rapidly, the ability to empower teams with maximized resources, and to take control of processes and workflows.

Top Most Frequently Asked Questions About Creating Alexa Skills | by Ipervox | Jul, 2021 The Value of Wireframing in the Design Process