The purpose of transactions is to protect your data from partial database updates that fail to be complete. The Transaction API is now available for Codeless.

With the Transaction API,  our Database can execute multiple database requests grouped into a single transaction. When any one of these grouped database operations fails, the entire transaction is rolled back – meaning any other changes within the same transaction are canceled.

Until now, the Transaction API was limited to Backendless users building with code. Now, the API is available for Codeless developers as well.

The following section describes how the Transaction API works and some of its many benefits. Then, we will provide an example featuring the Codeless Transaction API.

So, what does the transaction API do for you? Let’s look at some of the benefits.

How the Transactions API Works

The diagram below illustrates these concepts as they relate to each other:

The heart of the Backendless Transactions API is a request called UnitOfWork. It is used by client applications to compose a transaction. 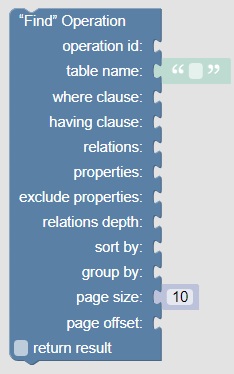 Composing a transaction means adding various database operations to a unit of work. The “Find” operation, for retrieving objects from your database, is shown above. These operations may be “linked” to each other by using the output/result on one operation as the input for another. For example, in the block below, we see an example of an “Update” operation with the option to refer to a previous operation in the transaction.

When the server receives a UnitOfWork request, it starts processing its operations. The server executes all operations one by one in the context of a single database transaction.

If any of the operations fails, Backendless rolls back all the changes and returns the information about the result of each operation to the client. However, if all operations succeed, the entire database transaction is committed. This means the data will be finalized in the database.

Without any isolation, one transaction could modify the data another transaction is reading and, by doing so, data inconsistency would be created. Isolation levels determine how isolated your transaction is from others. This is implemented by applying a lock on the data retrieved in a transaction. Different levels of isolation imply different locking mechanisms, each of which also yields various data read phenomena.

One of the most powerful elements of the Transaction API is the ability to use the result of an operation in other subsequent operation(s) within the same transaction. This is made possible by a “protocol” that all transactional operations follow: every operation can have a unique identifier.

The identifier can be used in another operation to reference the result from the operation where it was used. This allows for a “chaining effect” where data comes out of one operation and is then fed into another. Consider the example below. The example saves a new object in the database and then establishes a relationship between the created object and objects in another table.

The operation to save the object in the database assigns a unique ID to each operation. This ID is then used in the subsequent operation to establish a relationship between the object and its children.

We are going to walk through the following Codeless transaction to break down what is happening in each step. This Codeless block is being used to store details of a purchase. Below, we walk through each step of this API call. 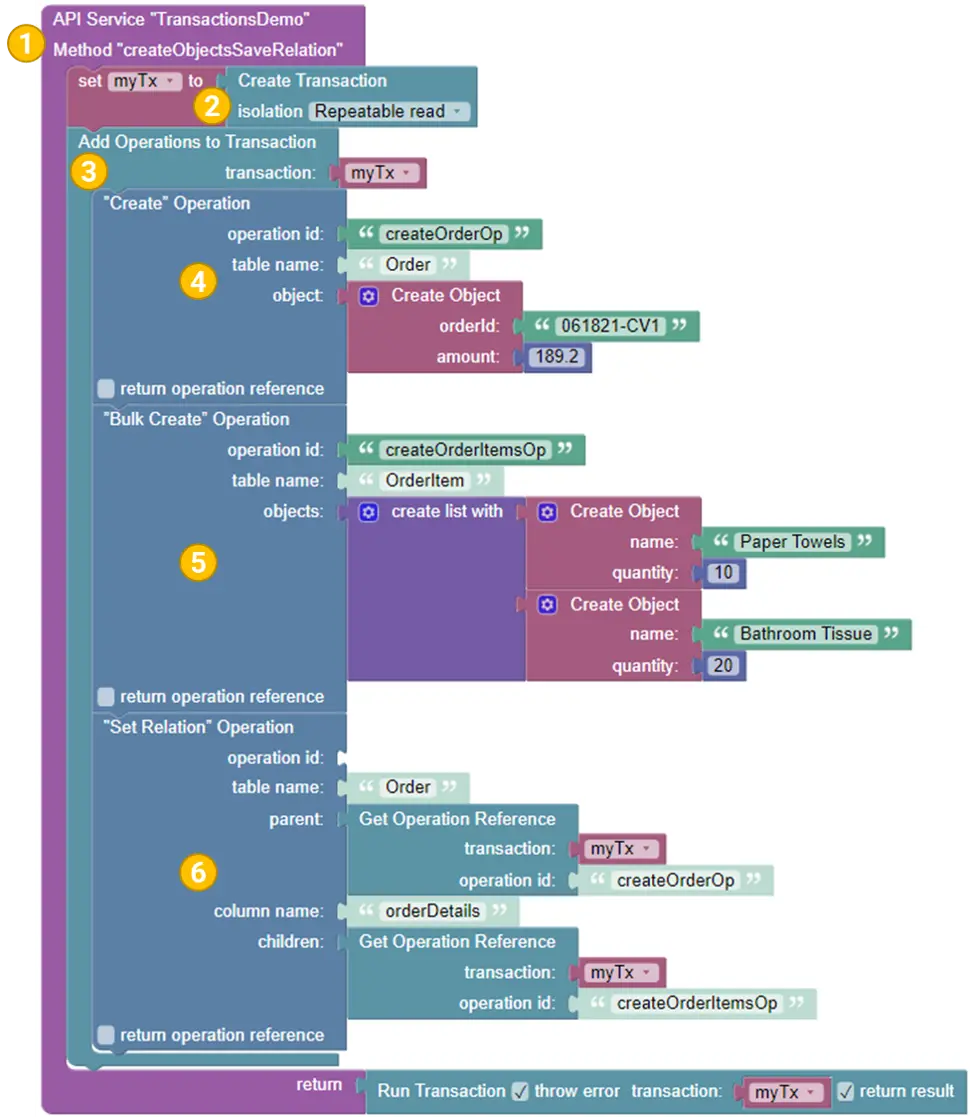 For reference, the table schemas for the two tables in this example are found below. Here’s a breakdown of each step of this API service:

The result of this API call will be: 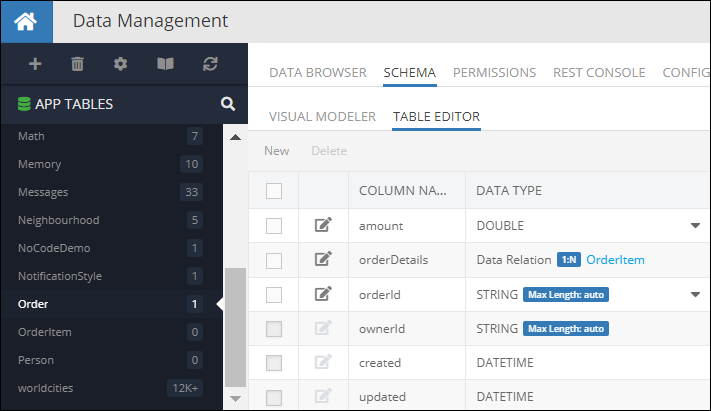 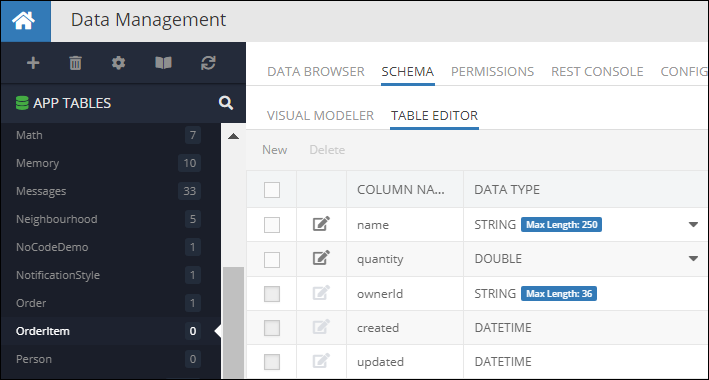 Thanks for reading and Happy Codeless Coding!