Technology advances by leaps and bounds and, suddenly, what used to be the most common ceases to be so. You stay out, out of date. For this reason, it is important to be attentive when detecting the trends that will lead us to the future of software development.

A good example that the IT world is advancing with great rapidity and firm steps is the appearance of new programming languages, in this last year 2021 a preamble of some technological innovations was obtained that are giving new horizons to programming.

Among the most outstanding news was undoubtedly that of the facebook metaverse, however, what is the metaverse? It is the virtual universe of the future, in it we can interact with other people, buy, move and discover new environments, all through an avatar.

Broadly speaking, the metaverse consists of a virtual world accessed through a virtual reality viewer. Possibly, this ‘access’ will be made through 3D avatars and will connect different digital environments.

For now, the metaverse is just an idea. It will be the result of the convergence of existing and emerging technologies. Metaverso will be a virtual world, in terms of programming it will be the evolution of the current internet, to the web 3.0 fed by immersive technologies such as virtual reality and augmented reality, this is something of great interest because it is linked to what is in Information technology has had great growth in recent years and will continue to do so in 2022 and it is artificial intelligence.

When talking about web 3.0 technology refers to various technologies, highlighting decentralization, currently the web has a hierarchical and centralized organization, but with the emergence of distributed ledger technologies that are basically digital data banks without a central administrator that are synchronized and distributed in different sites, whether they are institutions or countries, such as the blockchain, user data can be decentralized and more secure.With a decentralized infrastructure, web 3.0 will allow the creation of peer-to-peer connections (P2P), which It can potentially reduce the power of big tech companies that monopolize and profit from user data.

Machine learning is a data analysis method that automates the construction of analytical models. It is a branch of artificial intelligence based on the idea that systems can learn from data, identify patterns and make decisions with minimal human intervention, a practical example is by using Tensorflow.js and Angular we can identify faces and interact in a way. easy through the browser.

Machine Learning is a scientific discipline in the field of Artificial Intelligence that creates systems that learn automatically. Learning in this context means identifying complex patterns in millions of data. The machine that really learns is an algorithm that reviews the data and is capable of predicting future behavior. Automatically, also in this context, implies that these systems are improved autonomously over time

The Blockchain that for some continues to sound like the hype of cryptocurrencies, has a large number of uses where to develop distributed applications without depending on a central authority. Not just monetary transactions, but smart contracts or authority checks.

Smart contracts are computer programs that execute agreements established between two or more parties when a pre-programmed condition occurs. That is, they are contracts that are executed and enforced automatically and autonomously.

This language is designed and compiled in bytecode (bytecode) to create and develop smart contracts that run on the Ethereum Virtual Machine. Solidity is a high-level programming language that was referred to as a ‘Turing Complete’ language.

This concept, devised by Alan Turing, refers in computing to that language that has a computational power equivalent to what is called a “Universal Turing Machine”.

The Ethereum Virtual Machine (EVM) is considered a Universal Turing Machine, a term that refers to software that is adept enough to execute any code defined by the developer.

It is important to take into consideration that this programming language was specifically designed to develop applications for the Ethereum network. So it only runs on the Ethereum blockchain or compatible derivatives. One advantage it has is that the source code of the programs that are made with it can be publicly accessed from the blockchain. Even being in bytecode, it is possible to decompile it and obtain a fairly clear sample of the original source code. Solidity supports inheritance and multiple inheritance, giving it great flexibility when programming complex elements. This language also provides a number of very useful libraries. useful that facilitate the programming of smart contracts, making the code reusable and easier to maintain. 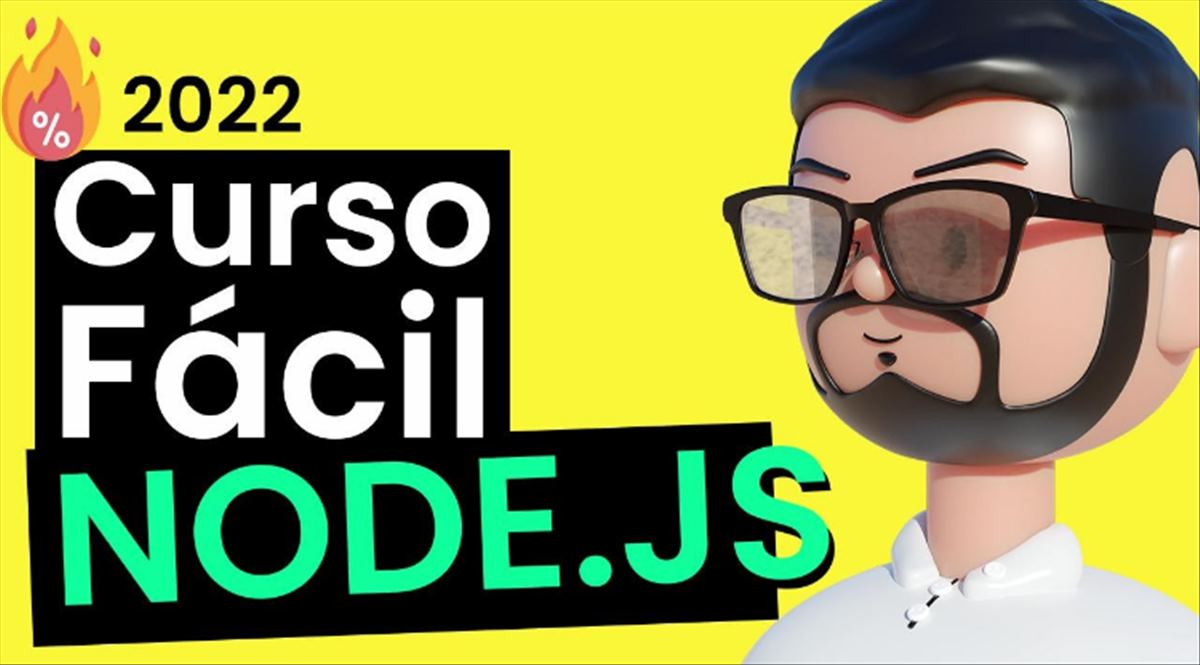 It is a cross-platform runtime environment for the JavaScript-based server layer.

Node.js has grown rapidly in recent years. This is thanks to the list of features that Easy – Node.js offers, which is quite easy to get started. It is an option for beginners in web development. With tons of tutorials and a great community, getting started is a breeze.

Node is scalable as it provides great scalability for applications. Node.js, being single threaded, is capable of handling a large number of simultaneous connections with high performance. In addition to its speed, non-blocking thread execution makes Node.js even faster and more efficient.

There is a vast set of open source Node.js packages that can simplify your work. There are currently over a million packages in the NPM ecosystem, Node.js is written in C and C ++, making it fast and adding features like network support. Cross-platform support allows you to create SaaS websites, desktop applications, and even mobile applications, all using Node.js. 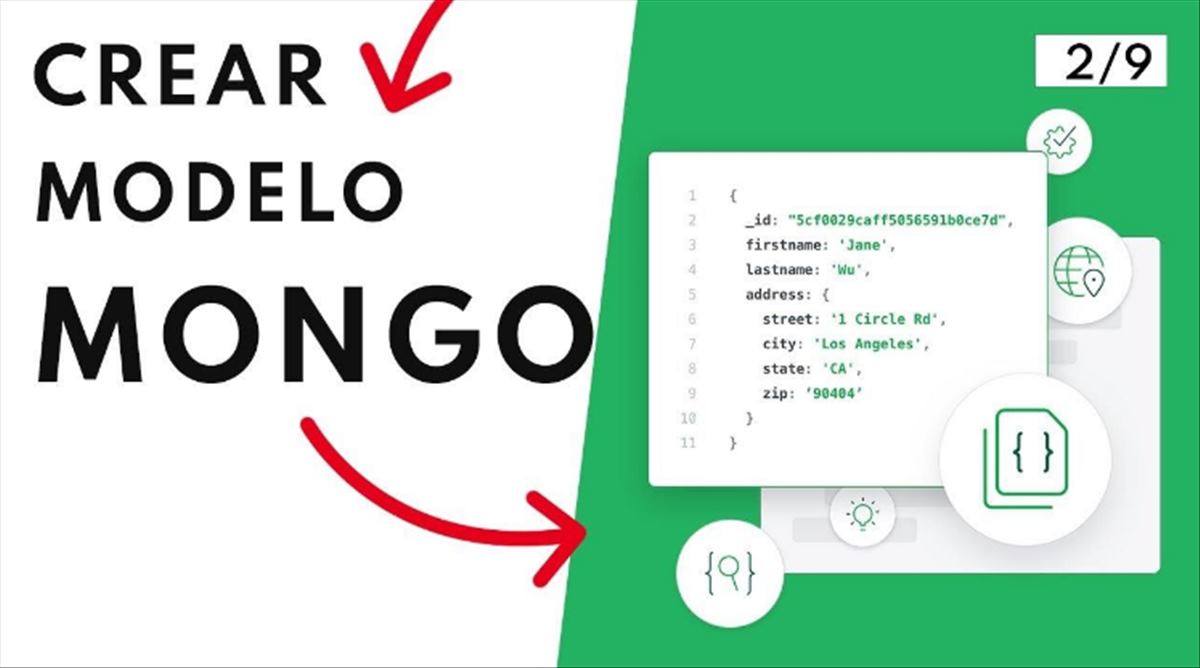 Within the NoSQL databases, probably one of the most famous is MongoDB. With a very different concept from relational databases, it is becoming an interesting alternative.

MongoDB is a document-oriented database. This means that instead of saving the data in records, you save the data in documents. These documents are stored in BSON, which is a binary representation of JSON. If you want to learn to program in mongo from scratch remember that you can do it easy and at no cost

MongoDB is written in C ++, although the queries are made by passing JSON objects as a parameter. This is quite logical, since the documents themselves are stored in BSON.

Although it is often said that NoSQL databases have a narrow scope, MongoDB can be used in many of the projects we develop today.

Any application that needs to store semi-structured data can use MongoDB. This is the case of typical CRUD applications or many of the current web developments. 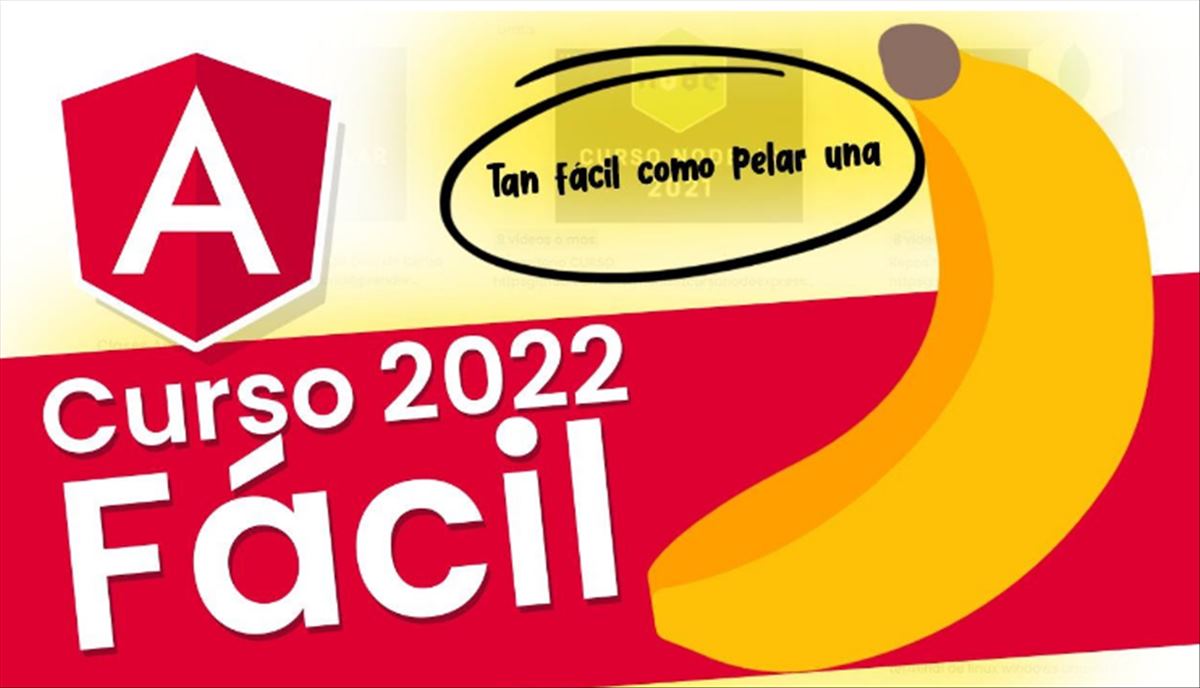 The framework is the brainchild of Google engineers, Misko Hevery and Adam Abrons. Google officially released the first version, AngularJS, in 2012, and has maintained it ever since.

Angular completely separates the frontend and the backend in the application, avoids writing repetitive code and keeps everything more orderly thanks to its MVC pattern (Model-View-Controller) ensuring rapid developments, while allowing modifications and updates.

Programming in Angular is done using TypeScript, a language that is a superset of JavaScript that adds static typing capabilities. This gives us the advantage of being able to type things like variables, functions, returns, as well as being able to create Interfaces. TypeScript also gives us the ability to use enumerators, modules, namespaces, decorators, and generics. And last but not least is the import system, which we are going to use on a daily basis to atomize and modularize all our code. You can start your learning path with angular from scratch.

Angular is undoubtedly becoming more and more of a Roman empire every day and since its launch it has been constantly updated, which brings great interesting challenges and of course constant improvements in the work environments.

Last but not least and one that is booming is Socket io.

Socket.io is a library open source from JavaScript based on the Websocket protocol for Node.js that allows two-way TCP communication in real time between clients and servers. For this it is mainly based on Websocket but you can also use other alternatives like sockets of Adobe Flash, JSONP polling or long polling in AJAX, selecting the best alternative for the client just at runtime.

Socket io. It is an open source library with a wide community that will help us build applications with a persistent connection between client and server. So we will have libraries for each side.

It is completely developed in Javascript and its objective is to make real-time applications capable of running in any browser, including mobile devices, bridging the differences between the different protocols.

If you want to learn to program remember that you can find relevant, practical, free and interesting content.

Remember that if you can imagine it, you can program it.