How to Repair a Toxic Work Culture 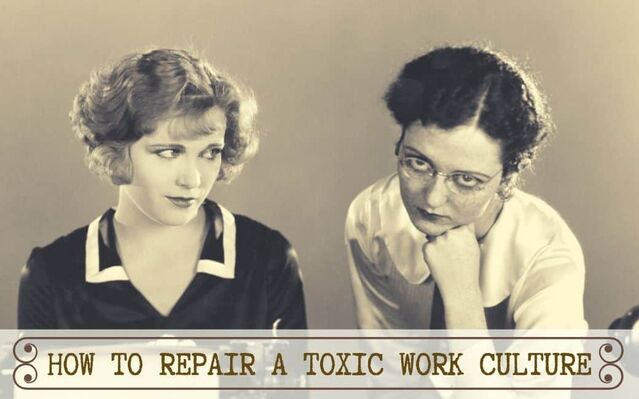 When Harvard’s Leslie Perlow began to study The Boston Consulting Group, she was well aware of the firm’s round-the-clock reputation. After conducting interviews with BCG’s staff, Perlow found that this reputation was coming at a major cost.

Employees were leaving the elite consulting firm, in part because they lacked control over their schedules. To address the issue, Perlow offered a simple proposition: If everyone who worked at BCG hated the always-on lifestyle, why not try to give consultants at least a “single predictable night off a week”? This would give people time away from phone calls and email notifications and allow them to make plans without the fear of being pulled back into work.

Perlow ran the idea by George Martin, the managing partner of BCG’s Boston office. He told her to keep her hands off his team. He gave her permission to “wander around the office” and look for “another partner who might be willing.”

Perlow found a young partner named Doug who had two small children at home and a third on the way. Doug was struggling to balance his own work life and agreed to let his team serve as guinea pigs in Perlow’s experiment. Starting with Doug and the people he managed, Perlow began to study how the team found a way to let everyone unplug from the job.

First, Perlow confirmed that one night off per week was a universally desired goal for everyone on the team. After hearing a resounding “Yes!” the team was left to figure out exactly how they would achieve that goal. The team met regularly to discuss roadblocks that were preventing them from achieving the “one night off” mission and came up with practices they’d need to incorporate to make it happen.

For years, BCG consultants had heard countless reasons why they had to be accessible at all hours. “We’re in the service business,” “We work across time zones,” and “What if a client needs us?” were common responses. However, once they had an opportunity to openly discuss the problem, Doug’s team discovered there were many simple solutions. A common workplace dilemma often dismissed as “the way things had to be” could be addressed if people had a safe space to talk about the issue.

The meetings yielded far greater benefits than Perlow had expected. Participants began to address topics well beyond how to disconnect for one night a week. Discussing predictable time off “made it okay for people to speak openly,” which, in Perlow’s words, “was a big deal.”

“There was no taboo,” one consultant said. “You could talk about anything.” The senior members of the team “did not always agree, but it was okay to bring anything up.” Managers also found a venue to explain their objectives, items that had previously been brushed aside when things got busy. And team members felt more empowered now that they had a clearer vision of how they work related to broader goals.

Embracing Perlow’s challenge helped the team reconsider why they couldn’t disconnect from work. Rather than blaming technology for their problems, the teams reflected on the reasons behind its overuse.

What began as a challenge to find a way to let members of one team disconnect one night per week profoundly changed the working culture at BCG. Today, teams throughout the firm (including George Martin’s Boston office) conduct regular meetings to ensure everyone has time to disconnect. More importantly, these meetings create a safe space for dialogue about all sorts of issues, increasing employees’ sense of control and improving job satisfaction and staff retention.

The Secret to Great Workplace Culture

Companies often confuse the disease of bad culture with symptoms like tech overuse and high employee turnover. Treating these symptoms often involves examining and addressing how teams work together.

Google recently set out to understand the drivers of employee retention and positive team outcomes. The search giant announced the results of a two-year study to understand, once and for all, the answer to the question, “What makes a Google team effective?”

Heading into the study, the research team was fairly confident of what they would find: That teams are most effective when they are composed of great people. As Julia Rozovsky, a researcher on the project, wrote:

Take one Rhodes Scholar, two extroverts, one engineer who rocks at AngularJS, and a PhD. Voila. Dream team assembled, right? We were dead wrong.

What did they actually discover? The individuals on a team matter less than how those team members interact, structure their work, and view their contributions.

The Antidote to a Toxic Work Culture

The researchers found “five key dynamics that set successful teams apart,” including dependability, structure and clarity, meaning, and impact. However, “far and away the most important of the five dynamics we found … the underpinning of the other four,” was something called “psychological safety.” Rozovsky continued:

Individuals on teams with higher psychological safety are less likely to leave Google, they’re more likely to harness the power of diverse ideas from their teammates, they bring in more revenue, and they’re rated as effective twice as often by executives.

Turns out, we’re all reluctant to engage in behaviors that could negatively influence how others perceive our competence, awareness, and positivity. Although this kind of self-protection is a natural strategy in the workplace, it is detrimental to effective teamwork. On the flip side, the safer team members feel with one another, the more likely they are to admit mistakes, to partner, and to take on new roles.

Psychological safety is the antidote to unhealthy work environments and a toxic work culture. It’s also the magic ingredient BCG discovered when they began regular meetings to give employees predictable time off.

How does a team, or a company, create psychological safety? Edmondson provides a three-step answer in her TEDx talk:

Step 1: “Frame the work as a learning problem, not an execution problem.” Because the future is uncertain, emphasize that “we’ve got to have everyone’s brains and voices in the game,” says Edmonson.

Step 2: “Acknowledge your own fallibility.” Managers need to let people know that no one has all the answers—that we’re in this together.

Edmondson insists that organizations—particularly those operating in conditions of high uncertainty and interdependence among team members—need to keep motivation levels and psychological safety in good working order, a state she calls the “learning zone.” When teams are in the learning zone, they perform at their best and air concerns without fear of being attacked or fired. They can solve problems, like tech overuse and distraction, without being judged as unwilling to carry their share.

Note: This essay is adapted from Indistractable: How to Control Your Attention and Choose Your Life by Nir Eyal. This article also appeared on LinkedIn WEEKEND Essay.