IBM has announced improvements to CodeFlare, its serverless framework that aims to reduce the time and effort developers spend training and preparing AI and machine learning models for deployment in hybrid cloud environments. CodeFlare has also now been made open source.


CodeFlare is a framework that simplifies the integration, scaling and acceleration of complex multi-step analytics and machine learning pipelines on the cloud. 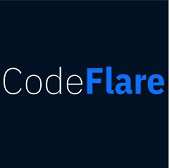 CodeFlare can be used for pipeline execution and scaling with tools to define and execute parallel pipelines.

The improved version of CodeFlare has been refined so that it can take on foundation models, and is now available as open-source software. The CodeFlare team says this effectively takes CodeFlare from an exploratory tool for data science researchers to a tool that can automate AI and ML workflows on IBM’s hybrid cloud.

The main improvement to the actual framework is faster, automated foundation model training. Foundation models underpin much of machine analysis, but it takes a long time, running into weeks, to gather and train an AI model on the right body of data, combined with multiple upstream and downstream tasks. The CodeFlare team’s goal is to make the generation of downstream models ‘one-click’ easy for data scientists.

The developers provide an example of sentiment analysis in which  CodeFlare starts off by cleaning up the input data, including de-duplication, and removing unsafe or biased content. Following this CodeFlare tunes a foundation model for all of the specific tasks needed for the organization’s sentiment analysis.

The developers say that:

“with just a few lines of code, a data scientist can operationalize hundreds of such pipelines and automate these tasks whenever they need to make any changes.

Our goal is to make generating downstream models as easy for data scientists as a single mouse click.”

CodeFlare is available on GitHub now.

Nearly A Third Of Devs Using AI And ML