For the uninitiated, Lords Mobile is a massively multiplayer game that sees you competing for dominance over a fantasy realm populated by dwarves, mermaids, dark elves, steampunk robots, and more.

Gameplay-wise, there are tower defense elements, city-building, an RPG-style campaign, and plenty of highly tactical combat with AI enemies and human opponents alike.

Lords Mobile is a bonafide mobile megahit, with more than a hundred million downloads on Android alone, as well as nearly seven and a half million user reviews.

In other words, you should already be playing it. But if you’re not, these anniversary events will give you a good reason to start.

Lords Mobile x DreamWorks Animation Kung Fu Panda event is set to run from the beginning of February until the end of March. It sees the Dragon Warrior and his Kung Fu minions rocking up to start a Kung Fu festival in the Lords Mobile universe.

Throughout the event you’ll be able to collect Dumplings to upgrade your Po, receive in-game rewards, win prizes, and transform your turf. 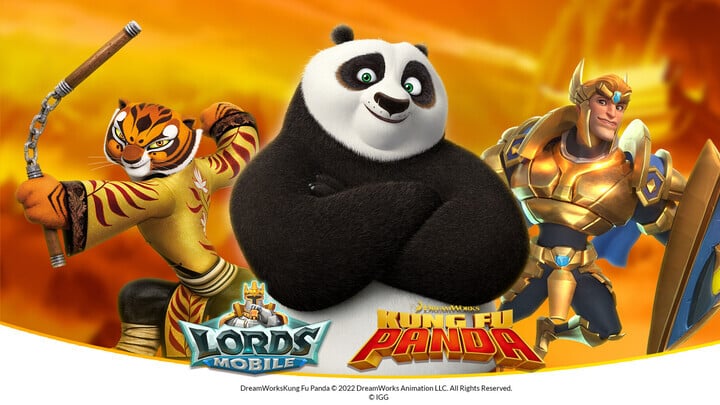 The Anniversary event, meanwhile, is called Homecoming. Set to run from the 1st until the 15th of February, this event will let you invite your old friends to return to Lords Mobile in exchange for Lucky Coupons, Happy Hour Chests, Fortune Chests, and more. Get involved in the event by clicking right here.

Also on offer are Amazon gift cards, letting returning players pocket some real-world items as well as virtual ones, while the Lucky Draw will give inviters and invitees the opportunity to win Brass Figures, gift cards, and an iPhone 13 Pro Max 256GB.

To put yourself in the running, download Lords Mobile for free right now on the the App Store, Google Play Store, or Steam.