How To Set Up Selenium on Visual Studio

What Is Visual Studio?

Visual Studio is an IDE developed by Microsoft. Its popularity comes from offering unique features such as cloud connectivity, supported extensions, easy debugging, collaboration, deployment, and version control integration, among others. Visual Studio is available for both Windows and Mac. It can be used for mobile, web, cloud, desktop applications, and gaming application development.

Note: To integrate the BDD framework into Selenium tests, integrate with SpecFlow.

Setting Up Selenium and Visual Studio

To set up Selenium C# with Visual Studio, just follow the steps below:

Note: The community edition is free. If someone has already paid for the license, they can install Visual Studio Professional or Enterprise Edition.

Step 2: Start the installer and choose the desired option. For Selenium users, C# Test, the Asp.Net, and web development should be good enough.

Step 3: Wait for the installation to finish. The program may ask the user to restart the system.

Step 4: After restart, choose the desired theme. After this, Visual Studio will begin its first time setup.

C#, Selenium, and NUnit comprise the most used combination for end-to-end automation tests. 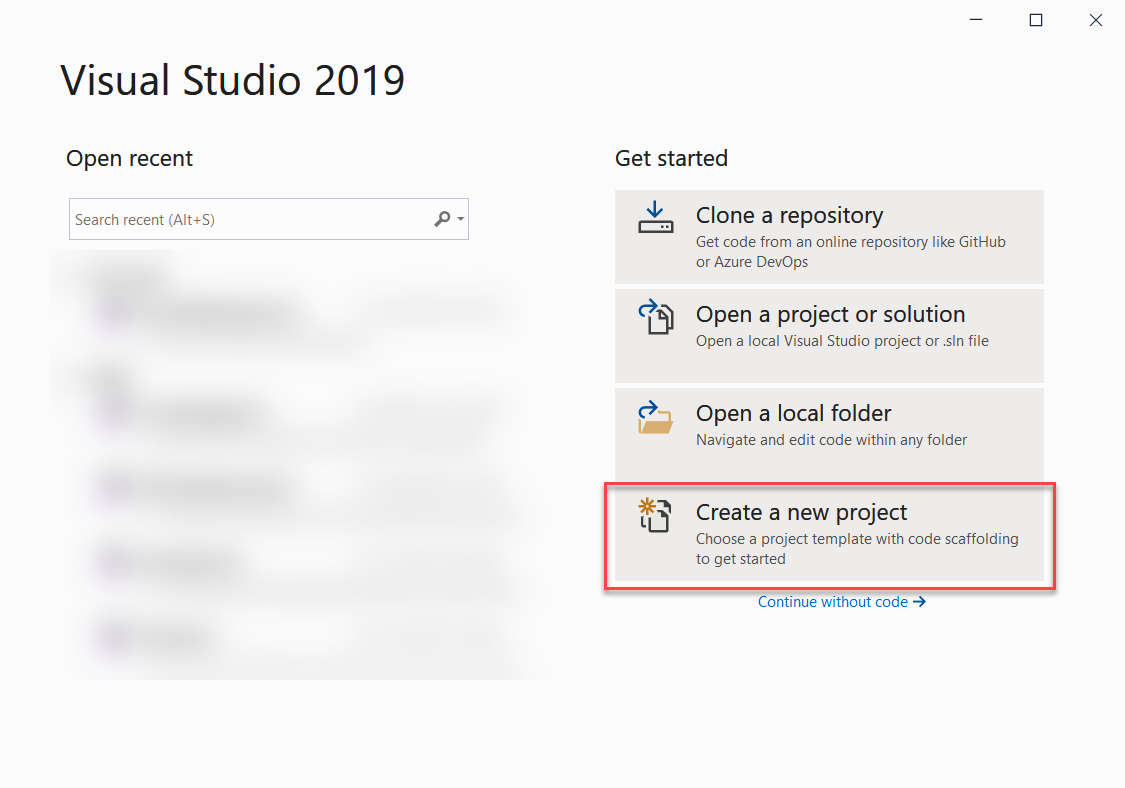 Step 2: Click on Create NUnit Project, which emerges from the Create New Project pop-up.  Look for NUnit Project with .Net Core. Click on Next. 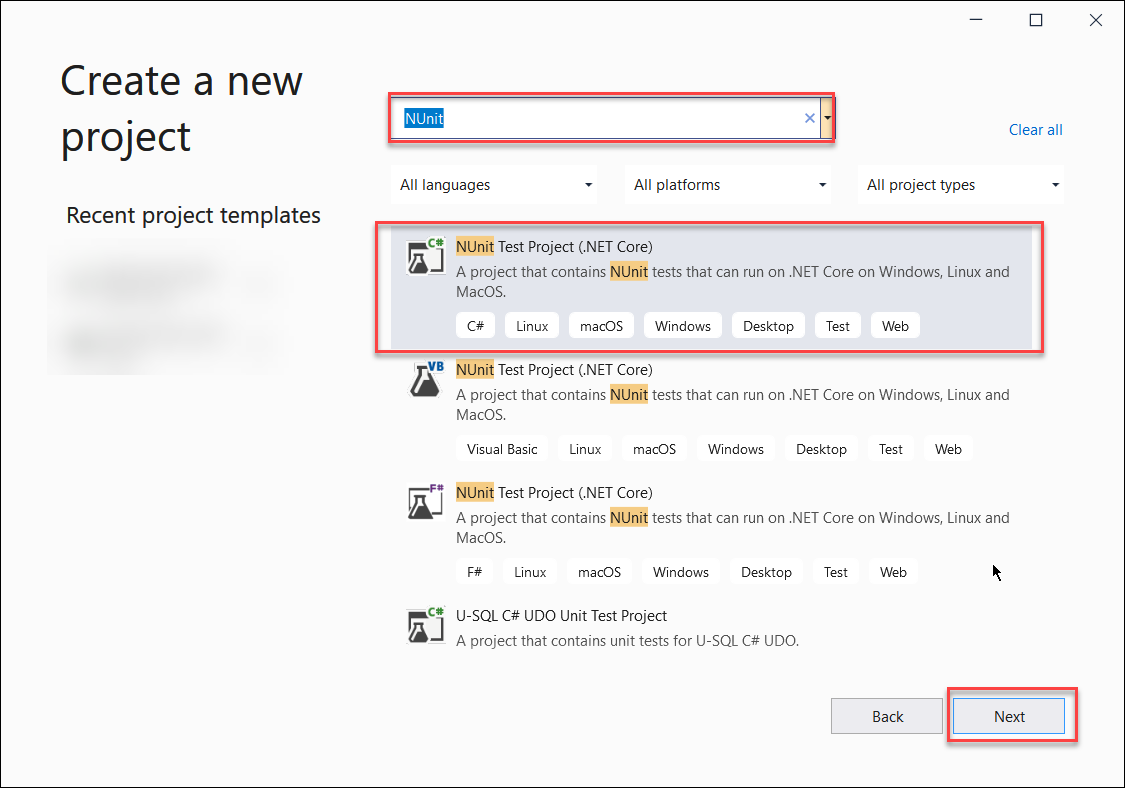 Step 4:  Choose the latest version of Target Framework. In this case, it’s .Net Core 5.0. Select that and click on Create.

Having created the C# and NUnit Project, users need to add Selenium libraries and browser-specific drivers for End to End testing automation.

From the Visual Studio Tools menu, navigate to NuGet package manager and then click on Manage NuGet Packages for Solution.

The NuGet Solution Window opens up.

In the Nuget Solution window, search for and choose the Selenium Webdriver package. Click on Install.

Note: This NuGet Package may ask for license Acceptance. Read and Accept the License Agreement to proceed.

Like Step 2, search for Selenium Support and Install Selenium. Support Package for the project.

Step 4: Create a new folder from inside the project. Name folder as “drivers.” 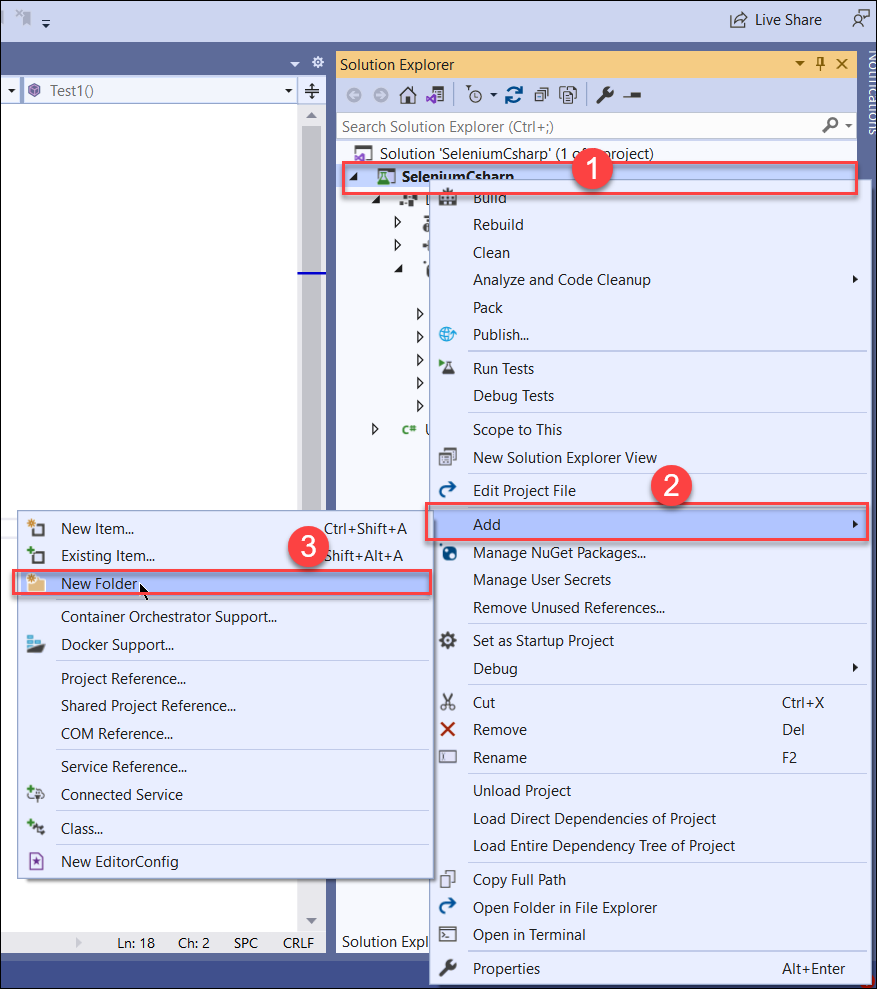 The page object model (POM) is a popular design pattern for Selenium end-to-end tests. In this pattern, a separate class file will be created based on the web page or page component and utilized inside the test methods.

Do not use any assertions (Assert) inside the page object.

Create a Top-Level Class for Setup and Teardown

Create a Base class for commonly used operations across tests like creating driver instance, teardown, etc. Utilize that base class inside tests.

To use the same functions/methods for multiple tests, separate them and create them as utility classes. This helps avoid duplicate code.

Do not write test cases dependent on one another. Independent tests help with parallelization, faster execution, and debugging.

Do Not Make Test Files Complex

When creating test files, don’t create files with thousands of lines of code. Split them into smaller chunks which increases readability.

Do Not Use Thread.Sleep()

Don’t use Thread.Sleep(). Use Implicit wait and Explicit wait instead. This will speed up test execution.

It is always recommended to integrate an automation framework with CI/CD tools like Jenkins, Azure DevOps, etc., which makes your testing more manageable and on time.

To share test reports with stakeholders, have reporting tools integrated into Selenium tests.