B2B vs B2C Mobile Apps: How to Know the Differences in Development

B2B vs B2C Mobile Apps: How to Know the Differences in Development

Say you’re a software manufacturer and you decide to develop an app. The first thing you need to decide on is who you are going to make the app for. Who you make the app for will determine almost everything that will go into the app. This includes things like the UI/UX design, cloud server, the app’s features, its name, and even what terminology it uses.

Who your target audience is will determine what category your app will be classed as. The broadest classification you can make is between business-to-consumer (B2C) apps and business-to-business (B2B) apps. Which one of these categories your app is placed in will determine how you will go about developing your app.

What Are B2C Apps?

These are the most common apps you’ll find in app stores. Think Uber, Airbnb, Instagram, and more. These apps are built by businesses to be used by end consumers for everything from entertainment to utilities, like paying taxes. There are millions of B2C apps in the world. Think of an app you use every day—chances are, it’s a B2C app.

B2B apps on the other hand are apps made by businesses for other businesses to use. They’re not built for the end consumer but instead are built for another company, staff, or office. B2B apps are typically used to either run a business or perform work-related tasks.

What Are the Differences Between B2B and B2C Apps?

B2C and B2B apps have very different target audiences. As a result, their design and development are often very different. An app’s design, execution, features, and more will vary depending on its target audience. These differences are driven by the consumer psychology behind these apps, with B2C apps serving different purposes to those of B2B apps.

B2C apps must be designed to be used by the widest range of users. B2C apps are used by everyone from lawyers to high-schoolers, so the user interface needs to be clear, simple, and easily accessible for anyone to be able to use.

Consumers have an incredible amount of choice when it comes to choosing a B2C app to fulfill their needs. Because consumers have such an abundance of app choices, If an app is even the slightest bit too complex, the user may abandon it in favor of another, simpler app.

Since B2B apps are made to perform certain work-related tasks, they can afford to have a certain level of complexity. This is because B2B apps are used by a specific group of people who work for a company. These people are professionals with skills and experience in the very thing the app is supposed to do.

While B2C apps typically have to avoid using jargon and technical terms, B2B apps are freer to use business-related terminology and jargon. B2B apps can have more of a learning curve since they are being used for work. B2B users can be expected to go through the trouble of learning. 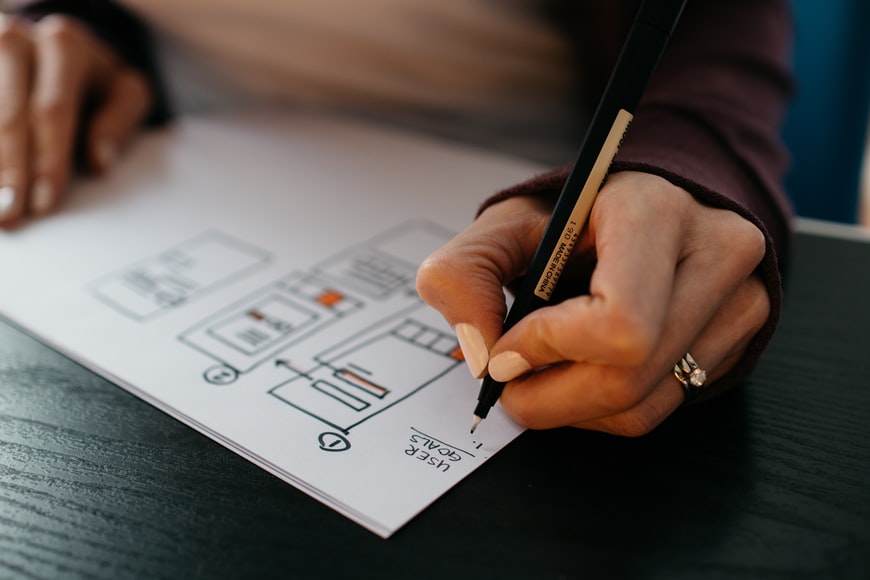 Consumers usually discover B2C apps through the app store and sometimes through online ads. Word of mouth can play a role in an app’s marketing but it is usually a small one. That is why it is so important to increase your app’s discoverability.

You can do this through app store optimization, user reviews and ratings, and social media presence. YouTube and TV ads can also be used to spread awareness and attract users. The strategy here is to gain as much visibility as possible. The goal of B2C marketing is to gain as many users as possible and to keep growing the user base.

On the other hand, B2B apps rely more on an internal spread of awareness. This is done by spreading awareness and building relationships through trade shows, professional journals, and networking.  Word of mouth plays an important and large role. You need to attract the attention of the business’ key decision-makers, who will go through much deliberation before getting on board.

That’s why B2B apps require a strong sales cycle for acquiring users. Users don’t just download an app on a whim. Users will vet your app thoroughly and need convincing of its benefits before they decide to adopt it.

B2C apps are downloaded for personal use such as entertainment, shopping, social networking, fitness, etc. How long and how often an app is used is determined by emotional factors like mood, season, peers’ opinions, trends, and more.

Consumer psychology should be a key consideration when designing your B2C app. UI designers perform extensive user research and mobile usability testing to understand which patterns, colors, and designs will emotionally connect with users.

B2B apps are usually more devoid of emotion as they are more focused on performing a work task properly. That doesn’t mean B2B apps have to be bland and colorless – they should still have a sleek interface, easy navigation, and be pleasing to the eye.

As long as your B2B app does the job it needs to do it is good to go. Professionalism is what guides the design of B2B apps. They need to match with their target business audience and still look sleek.

B2C monetization mainly comes from ad revenue, in-app purchases, and download fees. Subscriptions are becoming popular but it is mostly big apps like Netflix and Spotify that have seen success with this model.

B2B apps don’t tend to rely on ad revenue or in-app purchases. Instead, B2B apps typically charge a large, upfront fee as either a one-time or yearly payment. 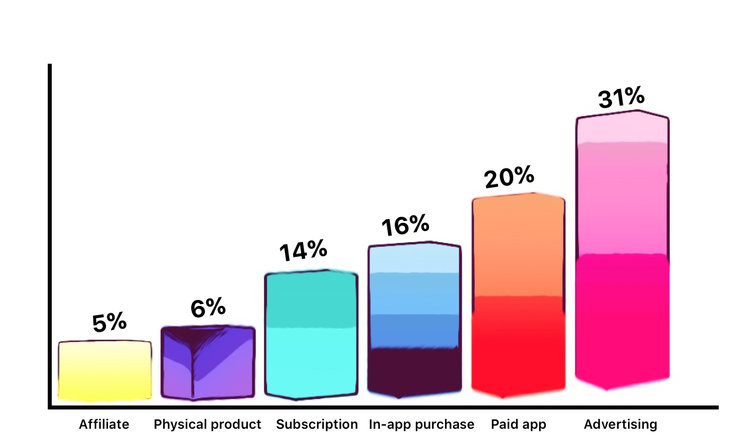 Developing a B2B or B2C app means that there are going to be a lot of differences in your design and approach. The way B2B and B2C apps are designed, developed, marketed, and monetized is distinctly different.

You need to keep these differences in mind and plan your development accordingly. Talk with your developers before starting the development process and ensure you ask the right questions.