5 Reasons Why You Should Pre-Register for Era of Conquest

Before we explain exactly why you need to sign up and get involved, here’s a little background on what’s shaping up to be the biggest mobile strategy game of 2022.

Already available in China, Era of Conquest is a 4x RTS that lets you choose from ten different real-world empires, cultures, and ethnicities. They include Arab, Roman, British, French, and so on. There are historical heroes to collect as well, all of them boasting their own unique skills in battle.

Once you’ve made your choice, you need to steer your people to glory on a vast world map spanning 120 square kilometers.

Era of Conquest is a game for everyone, all at the same time. Not only is it cross-platform, but its servers are global, and the game supports 19 languages and counting. That means you’re not confined to taking on other players on your platform and in your region. 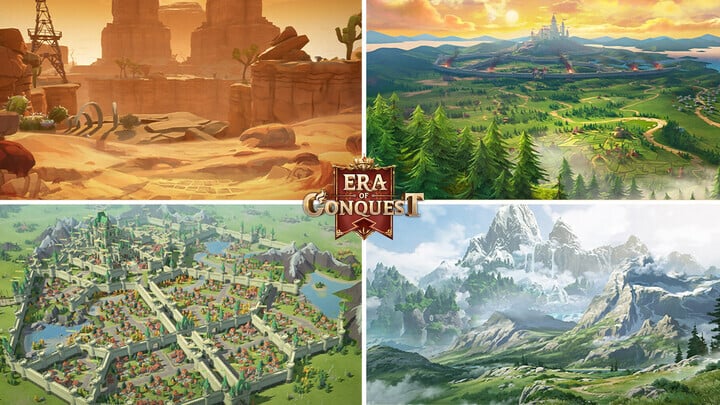 Instead, you’ll be able to battle for dominance against pretty much everybody else on earth. Or you can play nice, joining alliances in order to pool your resources and consolidate your power.

Either way, you’re in for an epic strategy gaming experience that will test your mettle and tax your military mind.

What it won’t do, however, is tax your wallet. Era of Conquest’s developers have ensured that the game remains fair by preventing wealthier players from paying their way to victory.

Hear that? You earn them. You don’t buy them, and nor can you expedite the conscription process by spending resources or in-game currency. Era of Conquest is a huge, bloody, and totally level playing field.

It’s also gorgeous, with slick 3D graphics and support for up to 6,000 troops in a single battle, thanks to some technological wizardry.

So here are 5 reasons exactly why you should pre-register right now:

1. It’s already a hit. Era of Conquest has been out in China for a while, and it’s gone down a storm over there. Not only has it hit the top of the App Store download chart, but Apple’s editors have featured it on the front page several times. They don’t just do that for any old game.

2. You’ll get the drop on your rivals. Chances are, everybody is going to be playing Era of Conquest in a couple of months, and the Early Bird is a golf-plated opportunity to get in on the ground floor, building up your skills and learning the gameplay in advance of the wars to come.

3. You’ll be able to start making friends. Era of Conquest isn’t all about going toe to toe with your fellow players. It’s also about teaming up and forging powerful alliances, built on trust and mutual cooperation. Joining the Early Bird will let you start laying down those roots before most of the competition.

4. You get to keep what you buy. Era of Conquest’s Early Bird isn’t purely about skilling up. It’s also about laying the foundations of a powerful civilization by investing early. Early bird data will be saved on the server too, so nothing will be lost when the game launches – you’ll receive a refund for anything you purchase during the event.

5. You’ll get to keep your data too. Any levels you’ve gained and territory you’ve captured during the Early Bird will remain yours after Era of Conquest launches. While most other players are still fumbling around in the wilderness, you’ll be master of your domain.

The Era of Conquest Early Bird is set to go live on July 14 at 8 a.m EST. Head to the Google Play Store to sign up now.